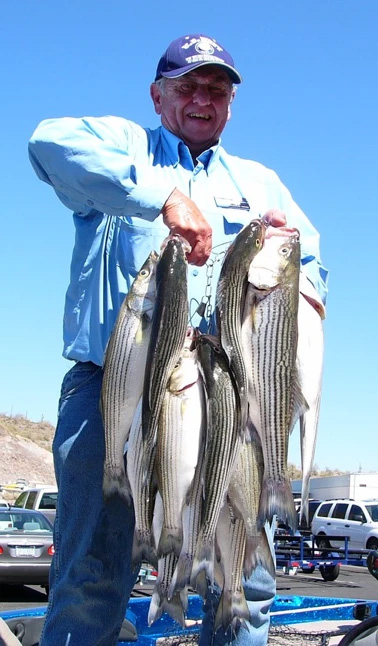 I’ve been fishing since I was four years old. Both of my grandfathers were avid fishermen and so was my dad. So, it is easy to see why I have developed such a passion for fishing and the great outdoors. I won my first fishing tournament at the age of seven and have been hooked ever since.

We moved to Arizona from Illinois in 1958, and since then, I have had the opportunity to fish all over the state of Arizona and learn from some of Arizona’s best fishermen.

I graduated from Grand Canyon University in 1971, with a Bachelor of Science Degree in Education. I then enlisted in the United States Navy to serve my country. I became a Flight Systems Emergency Procedure Instructor, training pilots that flew, F-4 Phantom fighters, their weapon's capabilities and emergency procedures.

During this time, my unit at Naval Air Station Miramar, had the responsibility of training the United States Navy Pilots in the F-4 Squadrons, the Navy’s Blue Angels, and the Air force’s Thunderbirds. In addition, we were also responsible for all training of the F-14 Pilots including: those in the Top Gun Program.

I returned home in August of 1975, where I accepted a teaching position with the Peoria Unified School District. During this next 35 years I hunted and fished all over the state of Arizona.

During my career in the Peoria Unified School District I achieved Career Ladder Level V (Master Teacher) and was honored to be selected as a member of the "Who’s Who of America’s Teachers.” I also have the honor of serving as a Chaplain, at my church.


I began taking friends fishing in 1978 and found it extremely rewarding to be able teach and mentor other fishermen and witnessed their joy and excitement as they reeled in fish after fish. 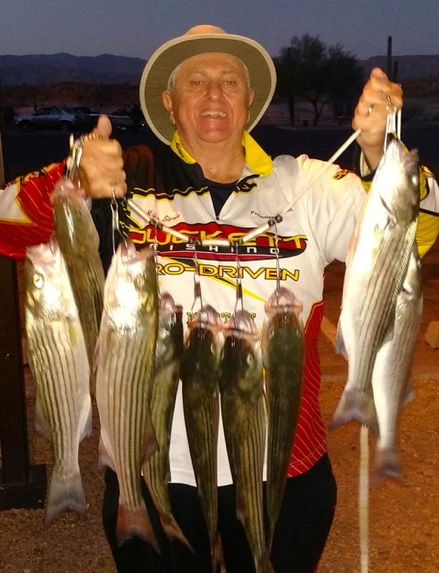 Upon retiring in 2010, I founded AZ Great Adventure Fishing and have taken clients of all ages and skill levels fishing all over the state. Since opening my business.

I have worked with Cabela’s Fishing Department, Marine Department, and Boat Sales Department as a consultant, vendor, seminar instructor, and doing community and public relations presentations with and for Cabela’s.

I have enjoyed working with beginning, intermediate, and advanced anglers to help them equip and prepare for upcoming fishing trips and tournaments, rig and make boat purchases.

My seminars have also been hosted by Cabela’s, HON – DAH Casino Resort and Convention Center, Sportsmen’s Warehouse, local Sportsmen’s Groups and Fishing Clubs, and church groups in the valley and around the state of Arizona.

I have also been blessed to have been selected to be a part of Duckett Fishing's Pro Staff because Boyd Duckett and his staff make some of the finest quality rods and reels in the fishing industry.

I know because I have used them and have been impressed with hook setting ability and sensitivity. 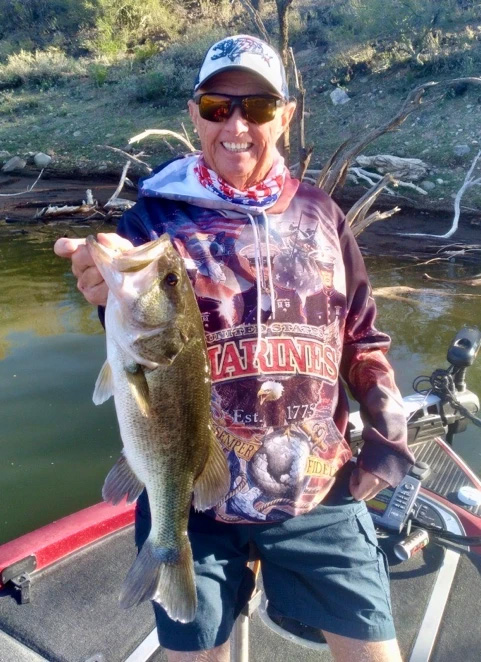 Arizona ProFessional Tournament Angler and Guide – Larry Mantle has been a fixture on Arizona’s lakes for years, and he’s one of the most respected anglers out there. In the 1980s and ‘90s he teamed up with John Murray and the two of them were top dogs on the tournament circuits for two decades.

Larry is one of the most energetic guys I know, and one of the most friendly and easy going guys you’ll ever want to meet. I am truly honored that He guides for AZ Great Adventure Fishing / Fishing Guide Arizona. If you get a the opportunity to meet and fish with Larry, you’ll definitely enjoy the day on the water learning from his vast years of experience fishing on Arizona’s Lakes.

Larry Mantle was born and raised in Linn, Missouri and started fishing at the age of Three. Larry was a Sargent in the United States Marines where he did two tours in Vietnam.

He grew up hunting, fishing, and playing baseball. I was very fortunate to have a father, that enjoyed the great outdoors, and taught Larry and his three younger brothers, how to enjoy every day to the fullest, and every opportunity that God provided for us to experience the excitement and beauty of nature each and everyday. 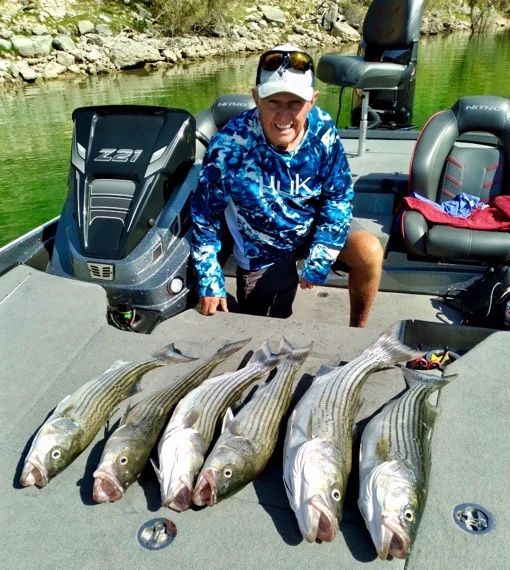 In 1982, he joined the Arizona Bass Club. He became the club’s President in 1983 and 1984. Larry became a Professional Angler in 1984, and fished the tournament trail for 32 years where he fished the following circuits: Western Bass, U S Bass, BASSMASTERS, American Bass, Arizona Professional Bass Circuit, and West Coast Bass Circuit.

During his Professional Bass Fishing Career, Larry won a number of tournaments, and qualified for a number of championships, and he also won several Bass Boats.

Larry also fished team tournaments for 32 years with John Murray from the time John was 17 years old. They won numerous tournaments and placed in the money 95% of the time on both the local and regional levels. Together they qualified for the Championships in every circuit that they fished.

Larry loves guiding because he enjoys watching people catch fish and the smiles it brings to their faces, especially, if it’s their first time fishing.

It makes it even more rewarding when it is young kids. The smiles on their faces and the memories we make, their excitement and their enthusiasm are what makes guiding so rewarding. Guiding, also allows, Larry the opportunity to meet people from all walks of life and from all over the United States and from around the world.